Even though research shows that adopting a healthy eating plan you can stick to for life is a better tactic than yo-yo dieting, people are always intrigued by the latest strategy for losing weight in a hurry.

Google has published a list of the trendiest, most searched quickest way to lose weight of 2018.

According to our Google searches, there seem to be two key strategies. Dieters seem to be curious about various kinds of high-fat, low-carbohydrate plans such as the keto diet, as well as schemes that ask people to restrict their eating to certain hours of the day or certain days of the week.

Given that more than nine out of 10 internet searches in the world are performed on Google or its subsidiary YouTube, the search engine’s list of trends is probably a decent gauge of what diets people were trying this year. But it’s worth remembering that Google’s annual trends are based on which search terms had the biggest spike in 2018 as compared to 2017. That means some oddball diets may have landed on this top 10 list because they’re new.

Perennial classic diets like Atkins and Weight Watchers didn’t make this list, but here are the 10 eating plans that did. 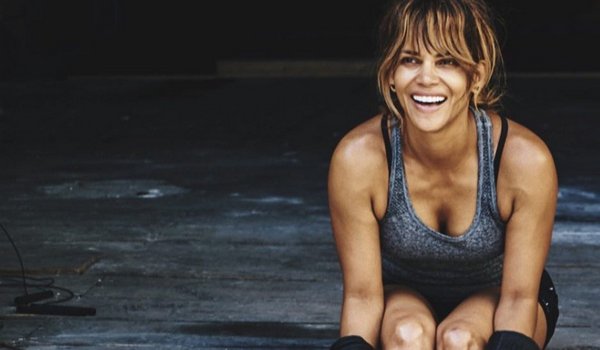 The Keto diet was the trendiest of 2018, based on Google searches. But the high-fat regimen isn’t easy to follow. It’s no surprise that the keto diet kept the internet curious this year – stars like Halle Berry and the Kardashians love it, and so do Silicon Valley tech workers, venture capitalists, and athletes such as LeBron James.

Keto diets put people into a fat-burning mode called “ketosis”, because they don’t eat enough carbs to power their body or brain. To get into this mode, keto dieters strictly limit their sugar and carb intake, filling up instead on butter, double cream, full-fat yogurt, leafy greens, vegetables, meat, and seafood.

The keto diet was first used clinically in the 1920s to help with tough-to-control epileptic seizures that weren’t responsive to other drugs. Lately, some people have also used the diet to help control cases of Type 2 diabetes. But going keto can lead to kidney and liver issues, so consult a doctor if you want to try the plan.

Because it’s so hard for people to stay on the strict keto regimen, we don’t yet have good data about what the long-term effects of this diet might be.

This is a new plan from reality-TV husband-and-wife pair Heather and Terry Dubrow. In many ways, it’s just an intermittent fasting routine. Terry Dubrow catapulted to fame on the American TV show Botched, and he and his wife Heather co-starred in The Real Housewives of Orange County. They’re leveraging that fame to tout a diet plan that’s essentially a version of intermittent fasting, a regimen in which dieters spend up to 16 hours a day fasting, and confine their eating to an eight-hour window.

“If you know how to eat in certain timed intervals, you will on a daily basis preferentially break down your fat in a very rapid way,” Terry Dubrow told TV doctor Dr. Phil on his show in October when the book was published (by a company owned in part by Dr. Phil’s son). “You’ll send your body, physiologically, into an anti-aging state.”

One reason the Dubrow plan may be effective is that it keeps people from mindlessly snacking all day. But fasting also has the potential to increase ketone levels in the body.

The Dubrow diet consists of three phases: first, there is an extremely restrictive phase, with no alcohol allowed for the first 2-5 days. Then the diet opens up to include more foods and brings back alcohol. The third and final phase is more relaxed and focused on maintenance.

The couple claims that 100 adults who tried the diet for six months under the Dubrows’ supervision lost between 33 to 86 pounds. But rapid weight loss doesn’t always lead to long-term results, and yo-yo dieting can have serious consequences for your heart.

Noom is a weight-loss app that provides users with individualised feedback. App users enter in how much they weigh, along with data on how often they’re exercising, eating, and sleeping. Then they get advice in personal and group messages from human coaches, as well as access to online resources (like articles on how to eat local food and tips for sleeping better).

The app is getting good results for people with pre-diabetes: in 2017, the US Centres for Disease Control and Prevention (CDC) listed Noom as one of its recommended, evidence-based, Type 2 diabetes prevention programmes – a first for a smartphone app. Prices for the program range from US$16 to US$60 per month, depending on how long you agree to subscribe. 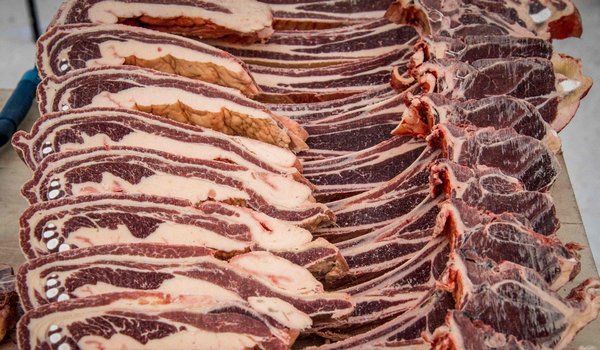 This is exactly what it sounds like – followers only eat animal products as quickest way to lose weight.

Shawn Baker, who’s been a fan of the carnivore diet for at least two years, said it can be tough to maintain the vegetables-free regimen. “It can be monotonous eating the same thing over and over again, but as time goes by you start to crave it,” he told The Guardian. “I just have to think: how hungry am I and how many steaks do I want to eat?” Other carnivore-approved foods include eggs, fish, and dairy products.

Nutritionists don’t think this is a good faster plan, since there’s essentially no dietary fiber in the mix, and it’s missing a lot of key nutrients that we don’t get from animals.

“In the absence of adequate fibre, the bacteria in the colon consume and thin the protective mucus lining, which then leads to impaired immune function and inflammation,” Christopher Gardner, a professor of medicine at Stanford University, told The Guardian.

This turns up in study after study as one of the best for our brains, bodies, and longevity.

The eating plan favours fresh vegetables, whole grains, beans, and healthy fats from foods like fish, nuts, olive oil, and avocados for quickest way to lose weight. Studies have shown that the Mediterranean diet is one of the best for losing weight and keeping your heart and brain healthy. This is especially true because people on the plan tend to shy away from processed foods, which have been linked to higher rates of cancer and tend to pack in added sugar, promoting weight gain.

Going Mediterranean may even help improve symptoms of moderate to severe depression. One study published in May suggested that the plant-heavy diet improved patients’ moods while saving them around US$20 a week (probably because they were preparing more home-cooked meals).

Optavia is a diet coaching scheme that involves a branded line of diet snacks, breakfasts, and drinks.

“Products are designed to be nutrient-dense, portion-controlled, and free of artificial colours, flavours, and sweeteners,” the Baltimore Sun reported. Optavia dieters can buy Optavia-brand food like peanut butter chocolate chip breakfast bars, strawberry shakes, and cookies. They also stay in touch with coaches (who are often paid veterans of the weight-loss programme) via phone and email check-ups. A 2009 investigation of the company by CBS News suggested that the weight-loss results the company touts are questionable at best.

Surgeon Stephen Gundry, who’s behind the Dr Gundry diet plan, says you’re at “war” with your genes, and certain foods are to blame. Gundry has authored two books on dieting, along with a cookbook. His latest book, The Plant Paradox, published in 2017, demonises plant proteins called lectins, which are in lots of foods, including grains, beans, tomatoes, and potatoes.

Singer Kelly Clarkson loves the eating regimen, but experts in nutrition do not. “There are some studies on lectins since the 1970s, but they are very inconsistent, and a lot of them are in very isolated environments like in test tubes or animals,” Ariana Cucuzza, a dietitian nutritionist at the Cleveland Clinic, told Live Science. “Translating [the results of those studies] to humans can be very confusing, and people don’t really know how it affects us.”

Fasting diets also drew people’s interest this year. There’s evidence that periodic fasting may sometimes slow aging. Some fasters choose to zero out their calories a few days a month, while others restrict eating to eight hours a day. Some people fast one or two days a week, sipping only broth and carbonated water.

Increasingly, researchers are discovering that giving your gut a break now and then in this way can deliver huge health benefits. Periodic fasting can help some people ward off diseases like diabetes, high cholesterol, and obesity, while also boosting the production of a protein that strengthens connections in the brain and can serve as an antidepressant. Scientists are at work on novel drugs that could one day mimic the health-boosting effects of being in a low-calorie state, without starving people.

Fodmap (that’s fermentable oligosaccharides, disaccharides, monosaccharides, and polyols) are foods that are high in sugar like fruit and honey, as well as other carbohydrates including beans, lentils, wheat, sweeteners, and yes, avocados. The low-Fodmap diet was invented by Australian researchers at Monash University. Scientists at the school say it’s an effective way to deal with irritable bowel syndrome.

Stanford Health Care says all the Fodmap foods pull water into your digestive tract, so if you eat them a lot, “they may not be digested or absorbed well and could become fermented by bacteria in your intestinal tract.”

The diet is meant to help with constipation, bloating, gas and diarrhoea, and is done in two phases. During phase one, dieters severely restrict Fodmap foods, while in phase two, people can incorporate more formerly-banned foods back into their daily eating.

This is billed as “biblically inspired”, but it’s similar to a lot of the other diets on this list.

This diet is the foundation of a 2017 book from piano and voice teacher Kristina Wilds, based in the US state of Colorado. Like many others, it encourages people to eat more fat and fewer carbs. It sounds strikingly like keto, with a sprinkling of religion added in: “The Shepherd’s Diet is a low carb, very high-fat, moderate-protein food plan that replaces unhealthy carbs with healing fats and faith in God to show us the way,” the book’s Amazon summary reads.