Imagine how much weight you could lose if you had nothing to do but exercise? Abby Lee Miller found out first hand! The former Dance Moms star has been in prison since July 2017, and she's dropped some serious weight.

The 51-year-old showed off her slimmer figure in a photo taken from jail. "Sometimes in life you make mistakes. I trusted the wrong people and didn’t pay any attention to things I should of. I’m more than sorry for the mistakes I have made," she wrote in the caption. "My world flipped upside down when I had to enter prison. I did so with grace, the stories you read about me been [sic] a princess are untrue. I have made friends with both inmates and staff, I’ve tried to better myself, participated in anything offered to me and I am a better person for this experience."

She also hinted at an early release. "All the press stories and speculation are not entirely correct however, I am feeling hopeful but no dates have been confirmed at this time," she shared. "I am feeling great and ready to turn over a new leaf. thank you so much to everyone for your support especially my nearest and dearest I love you all (and yes this is me in prison)." Abby is supposed to stay behind bars for 366 days, but Entertainment Tonight reports she could be released as soon as Feb. 20. She will then have to check into a halfway house in Van Nuys, CA.

A source also tells ET that Abby feels "great" after her transformation — she's reportedly dropped 100 pounds — and that she's thinking about getting plastic surgery! The reality star allegedly wants a tummy tuck, breast lift, and her excess skin removed as soon as she gets out of the clink. 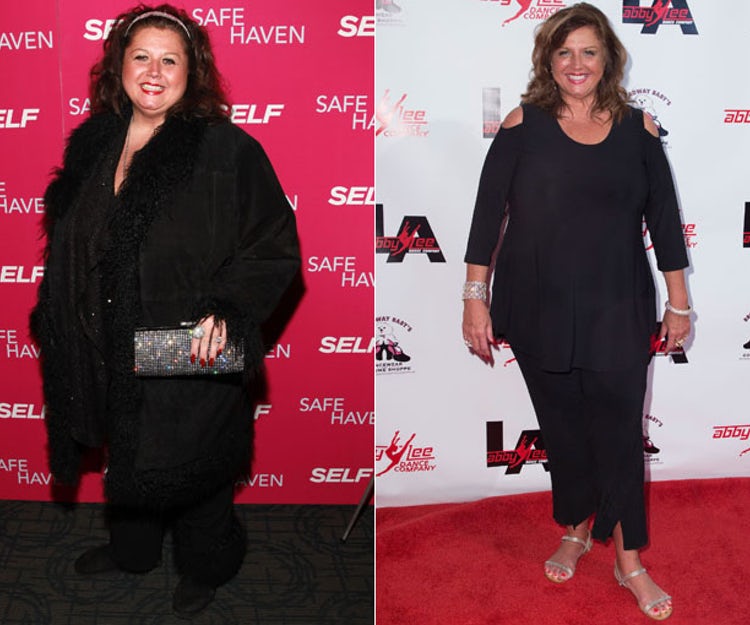 However, her weight loss isn't strictly from pumping iron and eating a salad every day. Abby got gastric bypass surgery before going to prison, and it's had an amazing effect on her body.

"I've always put everybody else's child first before my own health," she said. "Everybody else was dressed and out the door and looking perfect and I was running around trying to find a clean towel to take a shower with, so I think this will be a little 'me' time." We're happy to hear that Abby is doing better than expected!