Your body is made in the kitchen, so the saying goes. But what of working out?

Our sedentary lifestyles are considered largely responsible for the obesity epidemic. Physical activity is also prescribed as part of many weight loss programmes.

We know how good exercise is for our health: it reduces the risk of heart disease, diabetes, and cancer as well as improving mental health and mood. But weight? Well, exercise is useless for weight loss, a growing body of research shows.

One new study followed young adults, tracking their activity over the course of two years.
At the end of the study, the researchers found that those who met the physical activity guidelines of two and a half hours of moderate exercise (eg brisk walking), had gained more weight than those who hadn't.

"Our study results indicate that physical activity may not protect you from gaining weight," said lead author Lara Dugas of the Loyola University Chicago Stritch School of Medicine.

A separate new study, of mice on running wheels, found that their energy expenditure plateaued at a certain point and did not increase even when the intensity of exercise was upped.

Not exactly. But why?

"Although there are hardly any long-term trials, exercise alone seems to have limited potential for rapid weight loss in the short-term," says Associate Professor Emmanuel Stamatakis of the University of Sydney's Charles Perkins Centre.

"The main issue here is that for rapid weight loss there is a need to create a substantially large negative energy balance (more calories burned than calories taken in).

There is also a difference between "physical activity" and "exercise training", Gordon Fisher, an assistant professor of kinesiology at the University of Alabama at Birmingham, has pointed out.

But we tend to overestimate how much energy we're burning when we work out anyway, Alexxai Kravitz, a neuroscientist and obesity researcher at the National Institutes of Health, told Vox.

"In reality, it's only around 10 to 30 per cent [of total energy expenditure] depending on the person (and excluding professional athletes that work out as a job)," he said.

More likely, if we want results, it's not looking at just diet or just exercise, but being aware that the two are "a dynamic and adaptable system" that feed off each other.

Regardless of its impact on weight however, Stamatakis reminds that we were born to move for a reason and we suffer when we don't.

"Before we rush to dismiss exercise as part of the solution to the obesity epidemic, we should not forget that physical inactivity causes twice as many premature deaths compared to obesity," he says. "Yet, the focus is on obesity but there is hardly any serious discussion about solving the 'inactivity epidemic'.

"Besides, a physically active lifestyle is linked to preventing over 40 physical and mental health chronic conditions as well improved wellbeing and independence into older age.

"While obesity is a serious problem that needs to be tackled through multiple measures, we also need a serious long-term strategy to help individuals to lead a physically active lifestyle and make the active option the easy and convenient option in everyday life (e.g. prioritise active travelling and public transportation over private cars)." 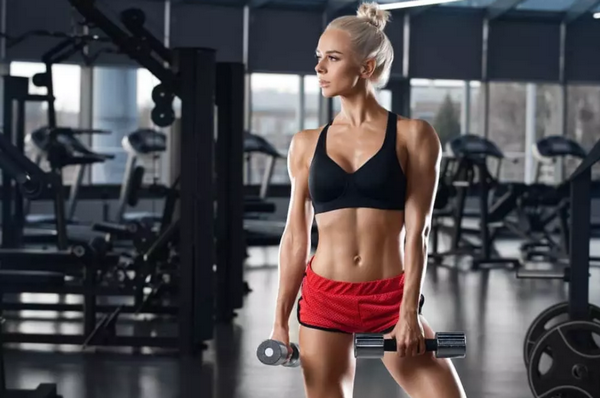 How To Lose Weight Quickly Without Dieting Or Exercise