You’ve heard it over and over again: Diet and exercise are the key to a healthy weight. As it turns out, though, one is far more important than the other. If you’re looking to drop pounds, your best bet is to focus on food.

Despite the constant message to burn fat and calories away at the gym, people who only change their diets lose more weight than those who only increase physical activity, according to a report in the journal Systematic Reviews. In fact, another recent study in the journal PeerJ found that over three years, people who got 30 minutes or more of physical activity a day actually had higher rates of weight gain than those who exercised less. So why isn’t gym time the miracle weight-loss machine we’ve been led to believe?

Basically, it’s way easier to avoid calories in the first place than to try to burn them off, says registered dietitian nutritionist Marjorie Nolan Cohn, MS, RDN, spokesperson for the Academy of Nutrition and Dietetics. Working off a 100-calorie cookie is one thing, but it would take hours at the gym to negate 1,200 calories from a burger and fries. “You can’t exercise off a weekend of terrible eating,” says Nolan Cohn. Committing to a 30-minute workout program? Easy enough. Turning your entire eating plan on its head? Not so much.

Plus, if you don’t pay attention to portion sizes, you might eat more after you start a new workout routine, says Nolan Cohn. Not only will your appetite increase naturally from the energy burn, but you might also slack off on healthy food choices. “There’s this idea that you’ve earned it to eat something because you worked out,” says Nolan Cohn. “It winds up holding people back.” Half an hour on the treadmill might blast away 300 calories, but just one slice of cake could totally negate that hard work—and then some.

You might have heard that muscle weighs more than fat. That’s true, but it doesn’t mean you should claim that bigger number on the scale is all muscle. “That’s a few pounds, not 20 or 30 pounds,” says Nolan Cohn. “It’s not an excuse for the weight gain.” If you’ve been exercising without results, your diet is probably to blame.

Still, don’t cancel your gym membership. The Systematic Reviews study found that pairing diet with exercise was even more successful for weight-loss than diet alone. Exercise doesn’t just burn calories and build muscles—it boosts endorphins too, says Nolan Cohn. “It improves feelings of positivity or accomplishment,” she says. “When you combine those forces [of diet and exercise], it reinforces losing the weight and keeping it off.” While adding exercise to a healthier diet doesn’t lead to additional weight loss in the first six months of a program, those who both diet and exercise have better long-term results over a year, found a review in the Journal of the Academy of Nutrition and Dietetics.

Plus, weight maintenance is just the beginning when it comes to reasons to exercise. Studies have linked physical activity to all kinds of other healthy benefits, from heart health and immune system function to mental health and sleep improvements. “The list just never ends,” says Nolan Cohn. 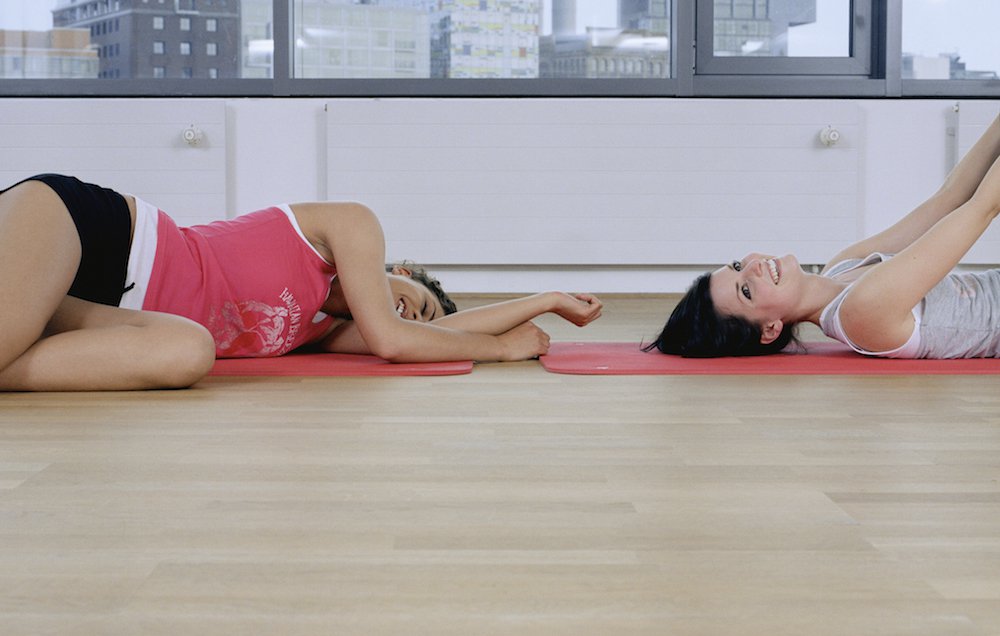 How To Lose Weight If You Hate Working Out

Is it even possible?

6 Things Every Woman Should Know About Losing Weight After Pregnancy

After nine months of being in a body that's constantly changing, you're psyched to finally meet your kid and embrace #MomLife. At the same time, there's so much focus on celebs' post-baby bodies and how fast they've "bounced back." When someone like Adria...