Kourtney Kardashian, 37, has been putting in major gym time, and it’s definitely paying off. The mom of three, who stands just five feet tall, was down to a reported 116 pounds, according to E! News, but was still working to lose another 14 pounds. Reaching her goal, not only did Kourt appear to have lost those 14 pounds while in Miami, but she also looked incredibly toned.

Of all the Kardashian girls, Kourtney is known for being the strictest when it comes to eating right and working out. Posting recipes for her favorite healthy snacks and meals (and a few cheats here and there) on her app, even Kim Kardashian, 35, has been asking her fit sis for help slimming down after giving birth to son, Saint West.

But if Kim wants to follow in Kourt’s footsteps, it won’t be easy, as she often documents clips of her strenuous workouts on her Snapchat. Training with Don Brooks (he also trains Fergie), Kourtney follows his Don-A-Matrix method, working out three to five times each week for 45-minute to one hour sessions, according to E! News. “The Don-A-Matrix Method is set up to resemble a sports game format consisting of four quarters. Each quarter has 3 sets of two different exercises, combined with rest or relief periods after each quarter,” Don said.

Amping up traditional fitness moves with add-ons like resistance bands, Don says that his method helps you to tone the body faster in addition to losing weight: “The plank is a favorite, but we take it to another level opening and closing the legs like scissors while at the same time raising and dropping the hips! So not only are you strengthening the core but also timing the hips, thighs and waist,” Don says of Kourt’s favorite exercise. “[We also do] the trunk twist along with a back row using the bands. The benefit of this exercise will give you flat abs and coke bottle obliques while removing those fat handles from the back and arms.”

In addition to her intense workouts, Kourt’s new slim down can also be credited to her healthy diet. Sticking to organic foods, Kourtney often shares her favorite meals like her no-carb signature salad, which is made with avocado, hard-boiled eggs, chicken and tomato. Even when she does have a cheat meal, like pancakes, she switches up the recipe for a high-protein take on the breakfast favorite. And, as Khloe Kardashian, 31, revealed on her app, Kourt’s a strictly water girl: “Kourtney does not allow soda in her house. I do appreciate that and so I’ve been drinking way more water, but when I am craving a soda, I have to hide it from her, even in my own house!” Khloe wrote. 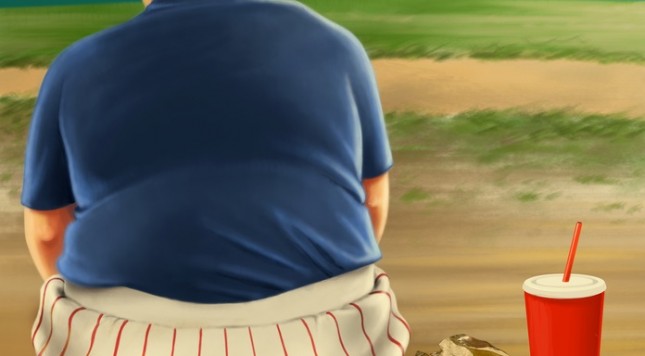 As the importance of a healthy lifestyle starts to exert its influence on the society, the reputation of chubby kids has taken a turn for the worst.