In the United States, Centers for Disease Control and Prevention recommend that children and adolescents receive at least one hour of physical activity each day. The National Health Service of the United Kingdom recommends the same.

It is also necessary to understand: What types of physical activity like young people and give the maximum effect that kids and teens should perform for healthy development.

"One of the most important reasons that children should be active is for their bone health, as it is shown that in the adolescent years, 33% to 43% of the total bone mass is acquired," said Craig Williams, professor of pediatric physiology and director of the Children's Health and Exercise Research Centre at the University of Exeter in England.

"One of the most important reasons that children should be active is for their bone health, as it is shown that in the adolescent years, 33% to 43% of the total bone mass is acquired," said Craig Williams, professor of pediatric physiology and director of the Children's Health and Exercise Research Centre at the University of Exeter in England.

"The main message is that children and adolescents need to be physically active daily and to take this habit into adulthood," he said.

If your child has a chronic disease or disability, the CDC also suggests talking with a health care provider to determine the best physical activity routine. Additionally, the best way to encourage more physical activity in your child's everyday life could depend on age and interests.

Make exercise -- and getting off the couch -- fun for young kids

"For younger kids, taking them outdoors with friends can be a cheap way to encourage play, especially if it gets them away from more sedentary activities such as computer games," Williams said.

"Overall, the more activity becomes habit-forming and part of everyday life, then this will become the norm. The value, of course, is that strong evidence demonstrates that, in children and adolescents, higher levels of physical activity are associated with multiple beneficial health outcomes, including cardiorespiratory and muscular fitness, bone health, mental health and maintenance of healthy weight status," he said. "However, children and adolescents are not necessarily thinking of it like this. They are more interested in fun, being with their friends, and if acquiring new skills, all the better."

Dr. Stephanie Walsh, a pediatrician and medical director of child wellness at Children's Healthcare of Atlanta, said she often sees parents planning long walks with their children as a form of exercise -- but that might not be the best approach.

"While walking is a great activity, it's really boring for kids. So if you're going to ask your kids to go on a walk, think of some fun things to do along the way," Walsh said.

"Kids like to exercise in bursts of activity, so they're more likely to run to the next driveway and back to you as you keep walking than they are to want to walk slowly with you," she said. "You can make your walk have a scavenger hunt. You can do funny obstacle courses, you can do hopping, walking backwards, tell funny jokes as you're walking, anything like that will help make the activity more fun and keep your kid involved in it."

Walsh added that it can be beneficial for parents to model being active and eating healthy. Some families, however, might live in neighborhoods that are not safe to walk in and that don't have access to healthy foods -- and so maintaining a healthy lifestyle as a family can be a significant challenge.

"One thing I hear a lot from families is just their concern about their kids having safe places to play," Walsh said. "If you really don't have a safe neighborhood, there are indoor activities that you can do ... play some sort of active games."

On the other hand, parents of older kids and teens might want to take a different approach to encouraging their children to be physically active.

The 'slippery slope' of getting teens to exercise

Particularly among girls, Walsh said, there is a large dropoff in daily physical activity once they enter adolescence.

"I usually try to talk to parents of girls even earlier -- late elementary school or mid-elementary school -- to start thinking about this, because we see this dropoff, and it's really important to keep our girls active so that they can stay that way as older teens and adults," Walsh said.

"So if you're the parent of a girl, it's really important to start even before adolescence to help your kid find something they like to do that they can stick with, either a sport or some sort of activity," she said.

Yet parents might find it difficult to encourage teenage girls to maintain daily physical activity without introducing body image issues.

When talking about exercise, to avoid introducing body image issues, "don't ever associate it with weight or weight loss," Walsh said.

"Physical activity has so many other benefits that has nothing to do with weight. So when you're talking to your kids about that activity, talk to them about all the benefits, better sleep, better concentration, feeling better, being stronger, increased muscle mass, all those things that are really important about it, but don't focus on weight," she said.

"Any time you bring up weight, you start to really go down that slippery slope. I think the same thing when it comes to nutrition. We're really talking about being healthier," she said.

For instance, several studies conducted around the world have found evidence for a positive association between physical fitness and a boost in academic performance among youth -- a benefit not necessarily related to weight.

The 'explosion' of childhood obesity and physical inactivity

On the other hand, physical activity in children and adults has been shown to reduce the risk of obesity. Obesity, a growing epidemic in the United States and around the world, means a person has too much body fat, and it can increase the risk of diabetes, heart disease, stroke, arthritis and even some cancers.

"Physical fitness patterns in children track through adulthood, and if they're low, they can be an early indicator that the child could develop heart disease and diabetes later in life," Cooper said.

"The opportunities for children to engage in free play in a natural environment where climbing, jumping, running are all simply a necessary part of growth and development no longer exist in our mostly built, and often child-unfriendly, modern world," he said. "We are witnessing the explosion of childhood obesity and physical inactivity, each of which can contribute to poor health. We need to focus attention on how best to restore optimal, healthy levels of exercise to growing children and adolescents."

The percentage of children and teens affected by obesity has more than tripled since the 1970s in the United States, according to the CDC. It's estimated that nearly one in five children and teens is obese -- and obesity is not just an American problem.

In the UK, obesity is estimated to affect around one in every five children aged 10 to 11, and across the WHO African region, the number of overweight or obese children climbed from 4 million to 9 million between 1990 and 2016, according to the World Health Organization.

Meanwhile, researchers still are investigating the best exercise recommendations for children and teens and how exercise can impact their bodies in various ways.

Cooper, his colleague Shlomit Radom-Aizik and other researchers at the University of California, Irvine have joined 22 other research institutions across the US to study how physical activity can induce changes in the bodies of both children and adults at the molecular level and how these changes can improve the function of different tissues and organs.

The National Institutes of Health awarded the research project, called the Molecular Transducers of Physical Activity Consortium, about $170 million through fiscal year 2022, pending the availability of funds. The consortium launched in 2016.

"We have long understood that exercising is beneficial to our overall health, but don't fully understand the impact of exercise at the molecular level," National Institutes of Health director Dr. Francis Collins said in a news release when the consortium was created.

"The development of a so-called molecular map of circulating signals produced by physical activity will allow us to discover, at a fundamental level, how physical activity affects our health," he said. "This knowledge should allow researchers and doctors to develop individually targeted exercise recommendations and better help those who are unable to exercise."

For instance, scientists have long known that exercise can have different impacts on children than adults.

A small French study published Tuesday in the journal Frontiers in Physiology highlights what has been found in years past, that adolescents -- in this study, particularly teen boys -- can recover their heart rate and recuperate more quickly than many adults after exercise.

Studies have also shown that children quickly can develop a habit of exercise.

"We have shown in our studies in the Children's Health and Exercise Research Centre that over two weeks with just six days of training, using repeated cycle sprints of 30 seconds, the aerobic fitness of the youngsters was significantly improved and was well-tolerated," Williams said.

Yet many questions remain regarding what that and other findings mean for the molecular makeup of children and adults. The recently formed National Institutes of Health consortium hopes to answer them.

"I think there are such interesting things about exercise in kids: the relationship to school performance; the value of school-based physical fitness testing; the role of exercise in the lifespan sense," Cooper said. "We now have the tools to be able to study this." 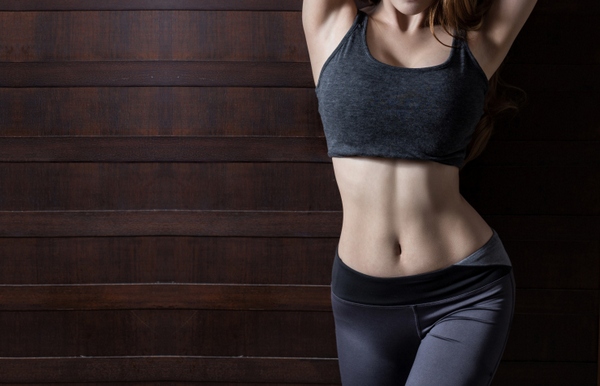 How to Lose Belly Fat Easily in 1 Week