Fix it and lose weight: 5 scientific reasons why excess weight does not go away

Before looking for more complex and rare reasons why it is not possible to achieve a dream figure, think about whether you are making one of the common mistakes.

The whole world seems to be obsessed with the idea of losing weight. And no wonder: there is plenty of high-calorie food in our time, no special effort is needed to search for it, many do not have physical activity either. Meanwhile, extra pounds are, first of all, very harmful to your health.

Conversations about what exactly prevents you from losing weight are constantly going on. Someone blames specific foods for everything, someone believes in the power of positive thinking, and someone generally tries to practice fasting.

Some of these theories really have a rational grain at their core, and some do more harm than help. However, it is important to know about the five most important reasons, proven by scientists, why you may have problems with excess weight.

Sleep is an important component of a healthy lifestyle, which we used to underestimate. Everyone knows that sleep is important, but almost everyone from time to time neglects sleep for work, study or just another episode of their favorite TV series.

However, the endocrinologist warns: people who sleep less than 7 hours a day, on average, overeat 385 kcal per day. Moreover, as a rule, they get these calories from quite unhealthy foods. An extra 385 kcal per day risks turning into 40 grams of fat.

Now imagine what will happen to your figure if you don't get enough sleep on a regular basis. So if you want to be slim — do not treat sleep as something unimportant!

Abstaining from alcohol helps to improve sleep and lose weight

A new study shows that a non-alcoholic lifestyle will not only save money, but also improve a person's sleep and appearance.

According to new research by the University of Sussex, abstaining from alcohol for at least one month will have a beneficial effect on human health.

Research shows that people who give up alcohol start to eat better, get more energy, lose weight quickly and improve the appearance of the skin. In addition, giving up alcohol can even improve a person's sleep and relieve insomnia.

Psychologist and lead researcher Dr. Richard de Visser said that in August people drink alcoholic beverages the least, while January is considered the most "alcoholic" month of the year.

And it's not just about the fact that negative experiences are so drawn to chew on something sweet - although this habit also makes you gain weight. It's about cortisol.

Researchers have found that people with higher levels of this hormone in their hair are more likely to have weight problems. As the doctor notes, this proves that chronic stress is associated with a high level of obesity. In addition, people with high cortisol levels also tend to have a wider waist, which may indicate hidden obesity.

Returning to the topic of food that can make you fat, it is worth noting separately the unprocessed food. A study by scientists from the University of Sao Paulo in Brazil showed that teenagers who ate a lot of similar products were 45% more likely to be obese.

Nutritionist Daniela Neri notes that there are more chemical additives in ultra—processed food, more calories, sugar and fat - therefore, they can provoke obesity.

Too much time with the phone in your hands

Admit it honestly: do you let the phone out of your hands during the day? Many people go to work in the morning with a phone in their hands, spend the whole working day at the computer, and spend all weekend on TV.

Why is this bad? Firstly, sitting at gadgets for hours on end, you practically do not move and do not burn calories. Secondly, many also like to have a snack with their faces buried in the monitor — and so the risk of overeating and not even noticing it is much higher.

Finally, the most important, obvious and at the same time for some reason still ignored reason for excess weight is too many calories. If you eat more than you expend energy, you get fat — this is the golden rule.

According to the doctor, neither genetics, nor even the lack of sports would make a person get fat if he did not overeat. To one degree or another, overeating as a risk factor is present in all overweight people.

- People get too much energy from food or eat relatively adequately, but they move too little and, moreover, do not train specifically to keep fit. That is, the energy intake exceeds its consumption, and our body tries to accumulate "excess".

It may seem to you that you eat very little, but if you carefully analyze your diet for the day, it may turn out that there are actually much more calories than you need. 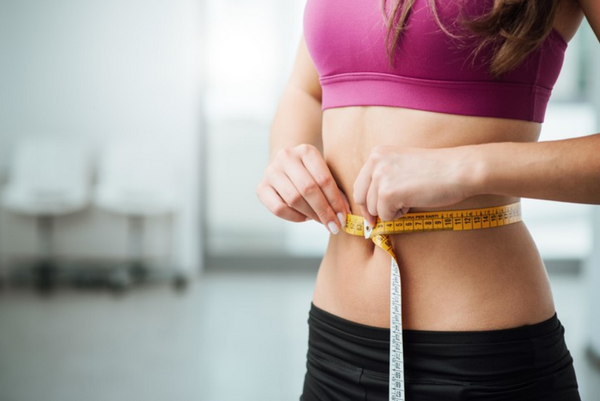 Have you noticed that sometimes we can't lose weight, even if we are on a diet and doing sports? It turns out that there may be psychological reasons, because of which, for example, the stomach grows imperceptibly.