Adele's way to losing weight: how did she lose 45 kg?

Ever since Adele debuted her slimmed-down figure on Instagram in 2020, she has been openly talking about her weight loss and how she dropped 45 kilograms.

After her divorce from Simon Konecki in 2019 — although she said the breakup happened long before that — the singer took a firm place both personally and professionally. She started dating Rich Paul in 2021 and released her fourth studio album, 30, on November 19, 2021. She is also embarking on a long-awaited residency in Las Vegas, which will begin in November 2022 and last until March 2023 after her initial voicing dates were postponed. When she announced her album 30, Adele admitted that the time she spent assembling the work was the "most turbulent" period in her life.

However, at that time, Adele directed all her energy to focus on herself and her nine-year-old son Angelo. By changing her lifestyle, Adele was able to lose 45 kg, and she looks incredible! More importantly, the singer seems to be the happiest and most confident. In a meeting with Oprah Winfrey, who was part of her Adele One Night Only CBS special on November 14, 2021, the superstar admitted that she was always "body positive" even when she was fuller, and that her weight loss was much more about how to deal with her anxiety than about to actually lose weight.

"I had terrible seizures after I got married," she said. "I was paralyzed by them. I had no control over my body."

Adele openly spoke about how her mental health was affected after the news of the divorce became public. In an interview with Rolling Stone magazine, she admitted that during "several weeks of intense anxiety, she was bedridden." It was this crushing anxiety that pushed Adele to work on her physical strength.

"I thought that if I could transform my strength and my body in this way, then, of course, I could do it with my emotions, my brain and inner well—being," she admitted. "That's what drove me." 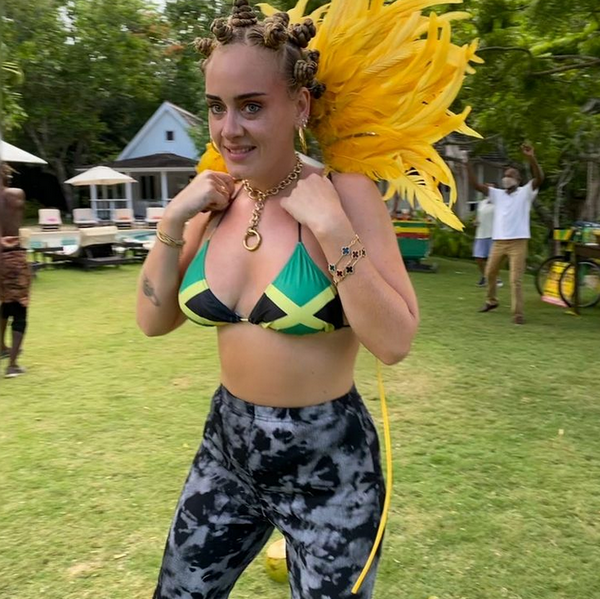 How much has Adele lost weight?

Although Adele has never confirmed that she lost 45 kg, fans received a sensation directly from the singer in early 2020. It all happened when Adele was on New Year's vacation in Anguilla with friends, including Harry Styles. Fans who were at the same resort asked for photos with the British singer, and the images quickly went viral on Twitter. The audience was shocked to see how Adele had changed, and immediately the hype began about how much she had lost weight.

One of the fans who spent time with Adele in Anguilla was a 19-year-old college student named Lexi Larson. She told People that she ran into Adele in a restaurant and got the opportunity to chat with her.

"She said she lost about 45 kg," Lexi said. "And that it's such a crazy, positive experience. She seemed so happy and looked amazing. She seemed very confident."

Before the New Year's trip, Adele made fans buzz about her weight loss for the first time with some performances at the end of 2019. In October of the same year, she attended Drake's birthday party and was photographed in a black dress, looking very slim. That Halloween, she dressed up as Captain Hook, and her slimmer figure was also visible in photos from her party.

How did Adele lose weight?

The divorce was obviously an incredibly difficult time for Adele, but she believes that this breakup helped her get carried away with fitness. Now she studies two or three times a day. Adele confessed to Voque in a rare interview about her weight loss in October 2021. She introduced her coach Gregg Mile to readers and said she "probably spent more time with him over the last three years than with anyone else."

Adele's fitness journey largely began in 2018, when she silently broke up with Simon (although the public didn't find out about the breakup until 2019). It was in the midst of what Adele called her "Year of Anxiety," when the gym was crucial to her. 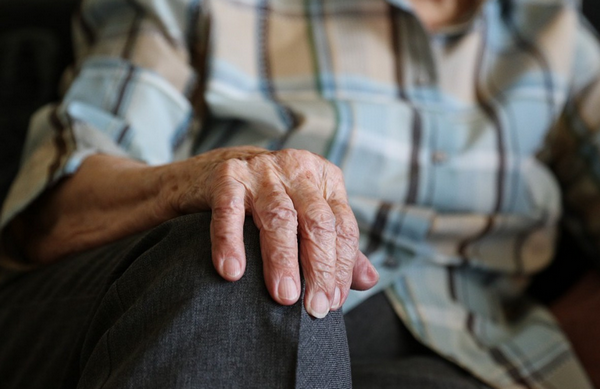 After 60 years, a person for weight loss should adhere to a full sleep, proper nutrition and be physically active.